Catholic Charities Launches Search for Next President and CEO

June 12 – (MINNEAPOLIS) – Catholic Charities of St. Paul and Minneapolis announced today that it has commenced a nationwide search for its next president and CEO to succeed current President and CEO Tim Marx. While the search is underway, Marx will remain in place to continue leading the organization as it serves the greater Minneapolis-Saint Paul region during a period of extraordinary need. Once his successor is on board, Marx will become Catholic Charities’ first “President Emeritus,” to work on strategic projects and help the new President and CEO hit the ground running.

“This is the first of what will likely be many opportunities to thank Tim for his decade of servant leadership,” said Kathy DiGiorno, chair of the Catholic Charities Board of Directors. “He has been an extraordinary advocate for the most vulnerable among us, an effective and inclusive leader and a friend to many. Today’s announcement marks the beginning of the public phase of a succession plan that we’ve developed with Tim over the last several months and that we expect will last into the fall.”

“For nearly a decade, I have been blessed to help lead this remarkable organization,” Marx said. “I am inspired every day by the dedication and compassion of my colleagues and by daily examples of grace and humanity among those we serve. My time at Catholic Charities has been and will continue to be a profound gift.”

The search will likely play out over the rest of 2020 and will not affect any of the organization’s programs or day-to-day work.
Since 2011, Marx has successfully led Catholic Charities during a period of enormous growth and change, including the funding and construction of Higher Ground Minneapolis and the $100 million Dorothy Day Place in Saint Paul, the largest public-private partnership of its kind in state history. In its 150th year, Catholic Charities continues to advance its mission of direct service and social justice advocacy in the community with the added complexities of the COVID-19 pandemic and in support of the incredible equity and justice movement happening around the country. This is possible because of the significant, enduring community support it receives.

About Catholic Charities of St. Paul and Minneapolis
Catholic Charities of St. Paul and Minneapolis serves those most in need. Now in our 150th year of service, we are a critical part of the social and civic infrastructure upon which the community relies to solve poverty, create opportunity and advocate for justice. Our programs for children, families and adults annually assist nearly 23,000 people, regardless of faith, background or circumstance. Through our advocacy efforts, Catholic Charities serves as a tireless voice for those who often go unheard. Our work would not be possible without our dedicated volunteers and donors. 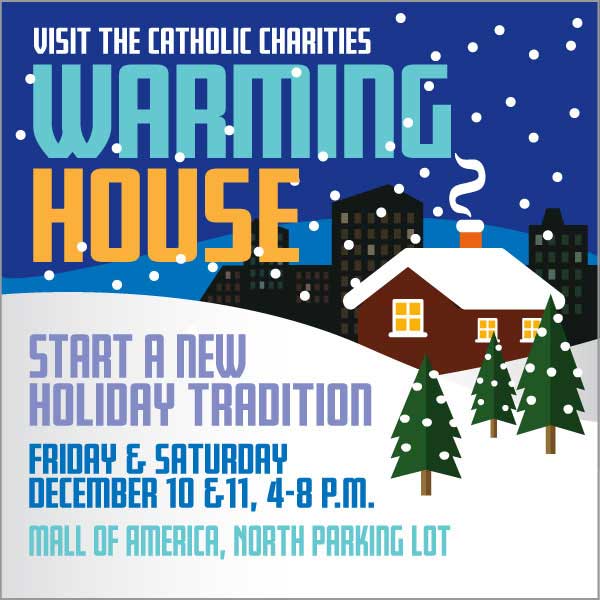